Step Back Into History 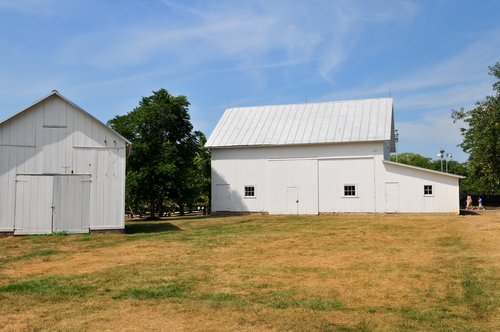 The Coffman Homestead Barn and Replica Schoolhouse will be open for kid-friendly tours during the City of Dublin's Spooktacular events at Coffman Park.

Harris-Brown Cemetery
In 2004, a headstone of a 12-year old boy was found along the edge of an overgrown field near US 33 between Shier Rings Road and Eiterman Parkway. In 2020, surveys conducted for planned development in that area revealed that the headstone was part of a mid to late 19th century African-American cemetery containing approximately twenty burials. Those buried in the cemetery  likely include members from the Brown and Harris families who once owned the land. The City of Dublin is currently working with a consultant to preserve the cemetery in-place, create a historical marker, and contact potential ancestors of those interned.