Published by the Dublin Historical Society, 1985

Read how a tornado-the villagers referred to it as a cyclone-in 1912 changed church life in Dublin and brought much of the community together literally under one roof. This story, written for the city’s sesquicentennial, traces the importance of religious life to the settlers and lists the names of many of the members of the earliest church rolls. In 1985, Emmett Karrer wrote a history of these six churches and some of the people in the community that gave life to the church families: 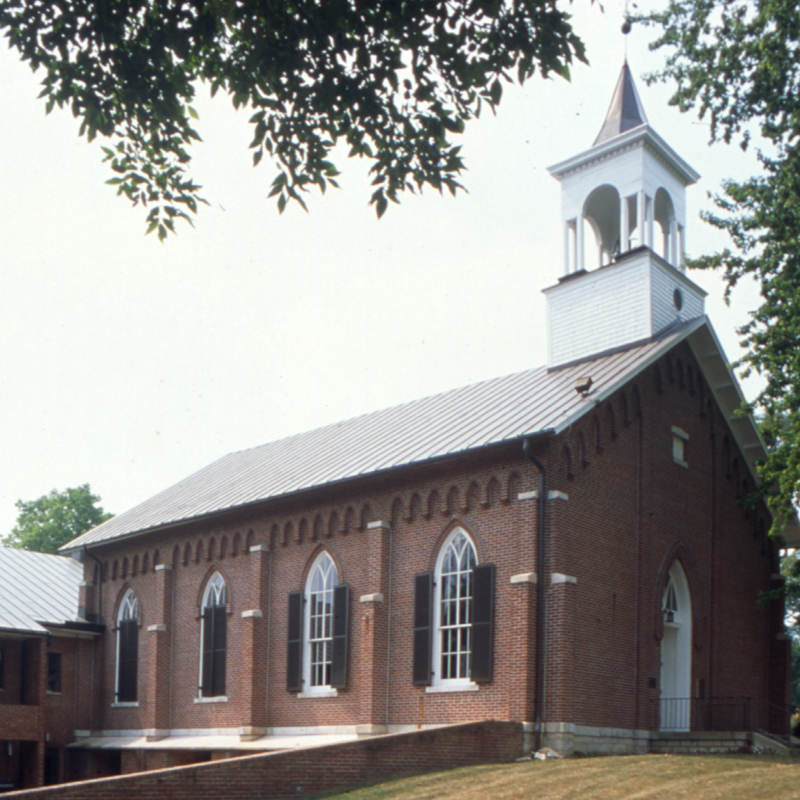 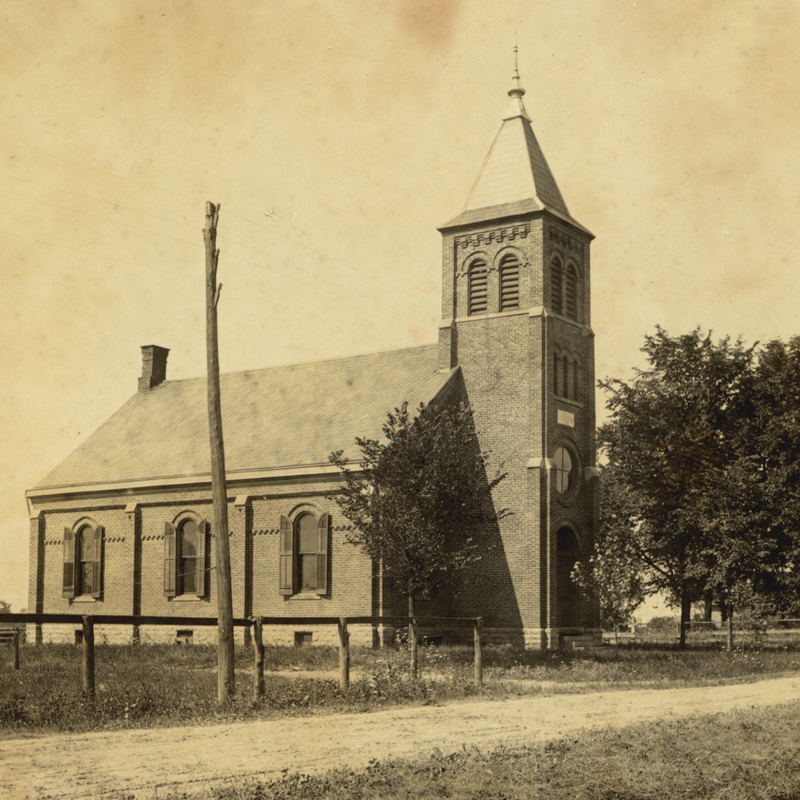 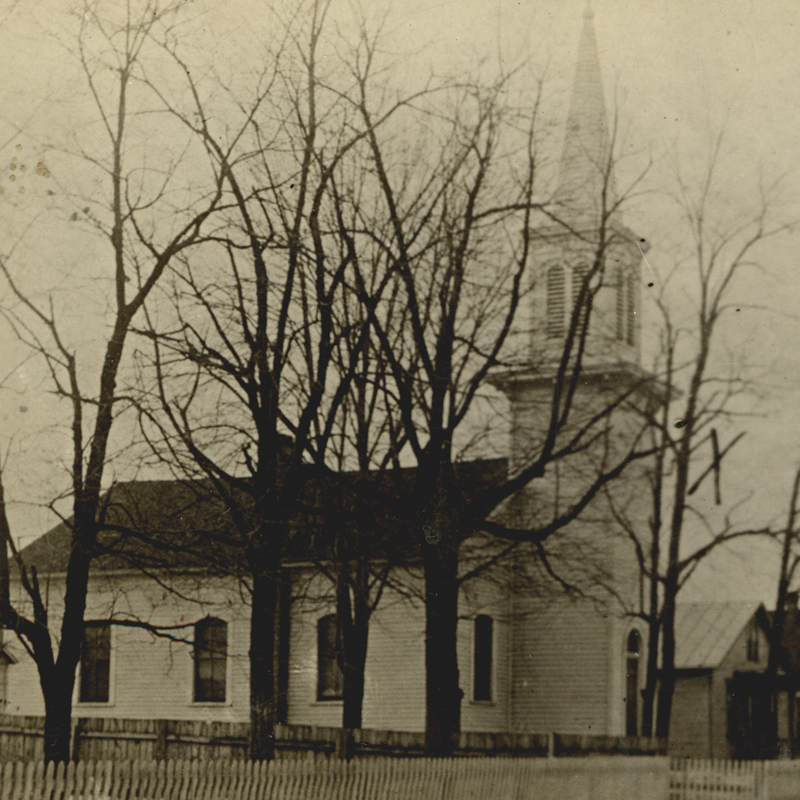 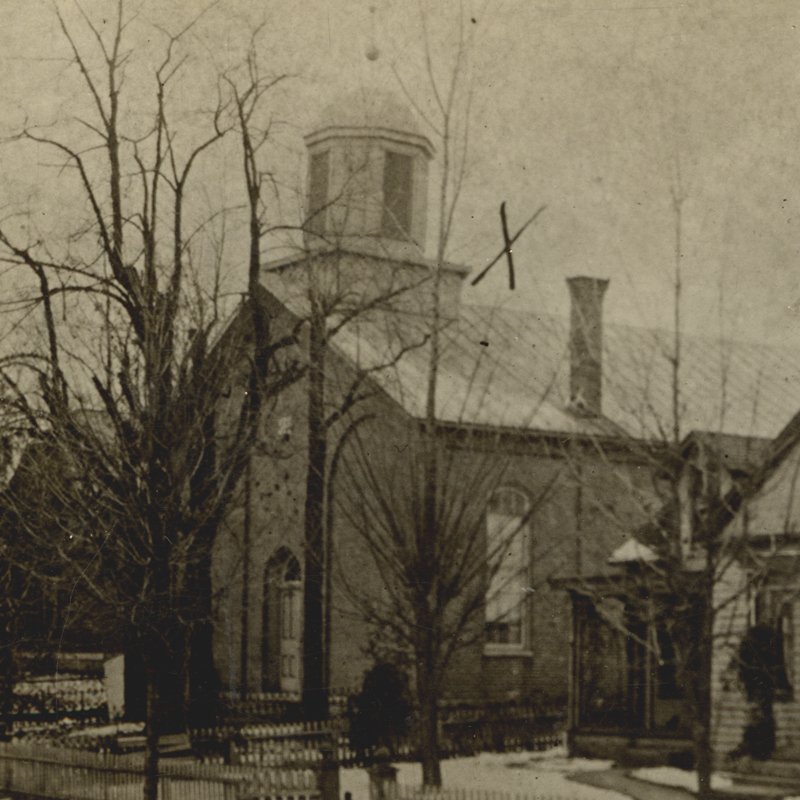 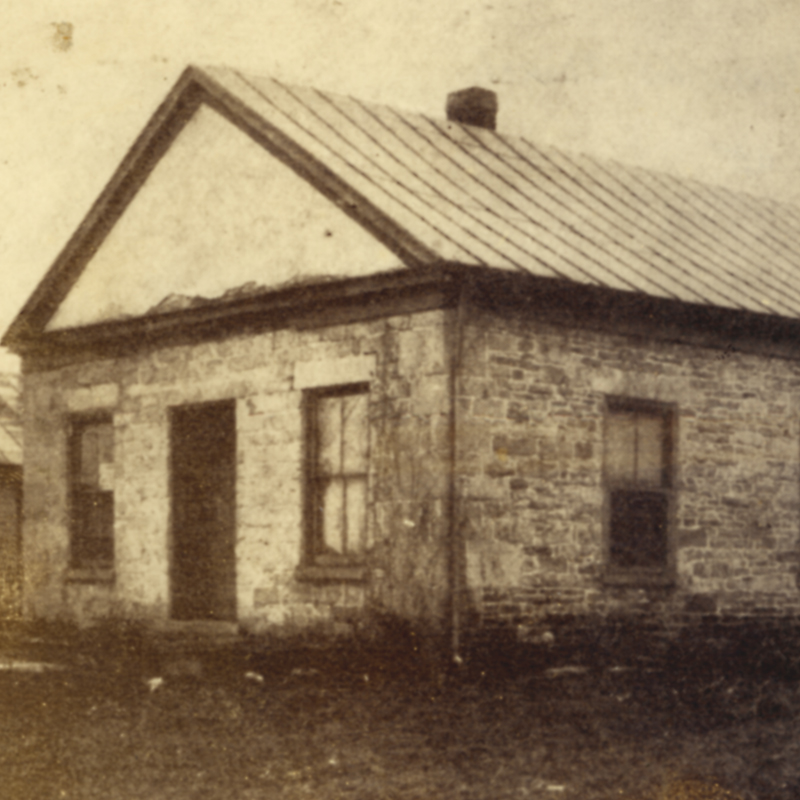 On June 16, 1912, on a Sunday afternoon, a storm described as a “cyclone” blew through Dublin. The same “cyclone” did extensive damage in Plain City before arriving in Dublin. Villagers described seeing the main funnel touch down in the cemetery, flattening tombstones, stripping trees of their leaves, then skipping over the Christian church and splitting into two funnels. The south funnel passed over some homes then flattened the Christie Methodist Church on South High Street. The north funnel did minimal damaged until it reached the Presbyterian Church on North High Street where it took the belfry off the church and blew the roof from its supports. The village of 300 wondered if by Providence the Christian Church on Bridge Street was spared, untouched. No one was injured in the storm.

The cyclone helped the Dublin community solve a problem in the faith community. None of the three churches could afford a resident minister and the churches were not holding regular services. After the cyclone, church leaders called Reverend Washington Gladden, D. D., from the Congregationalist Church in Columbus, to come to Dublin and lead the process of healing the three former congregations into one. The first church service with Dr. Gladden is said to have drawn 228 people, more than had belonged to all three congregations combined before the cyclone.

The Christian Church at 81 West Bridge Street where the community met as one from that first service, from that time became known as the Dublin Community Church.